We always like to say that “A Pagani car is not just a car, but a masterpiece”

We offer you the guided tour of the Pagani Museum together with the Pagani factory tour.
Enter at the Pagani Automobili means enter in an “art studio”. You will not see mechanical productions lines, bus just workers and their hands, because Pagani cars are all hand made. This car factory is the only one which produces the shape of the car in carbon fiber: the guide will explain you all the secrets about this material, so loved by Mr. Horacio Pagani, and show you the autoclaves where it is cooked. Don’t image a large factory, but an elegant small building where inside it’s kept a big secret: a car of around 2.000.000 Euros! Here you can really feel and understand what the “made in Italy” means. 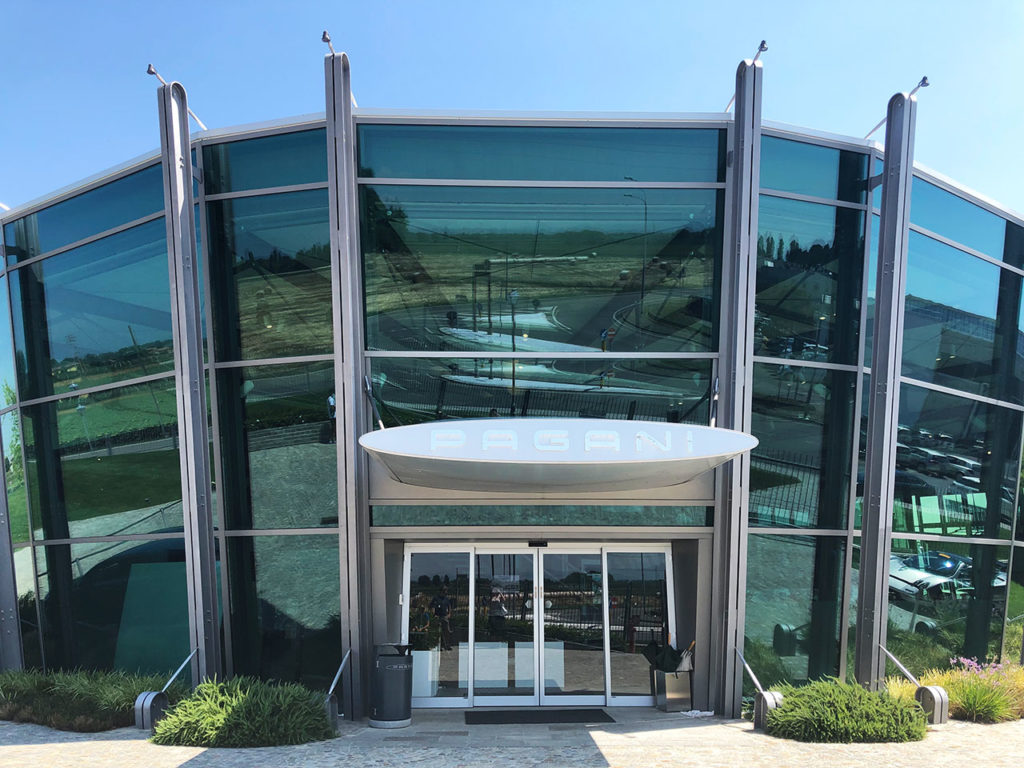 The Horacio Pagani Museum will tell you about the history of a genius, the story of an argentine young man with the love for cars who has realized his dream and now builds one of the most amazing car of the world! The Pagani Automobili Museum is a journey back to the beginning of Mr. Horacio Pagani, through his first minibike, the Formula 2 car he built, which is considered the first Pagani car ever, the job in Lamborghini and then, the foundation of “Modena Design”, the original name of the factory, a name and a logo that you will see written on the Zonda cars. But into the museum you will see also the history of the Pagani cars: the Zonda and all its models as the Zonda La Nonna (Grandmother…a unique car), Zonda F, the Roadster Cinque, the Zonda S and Zonda R, one of the fastest car ever built, and of course the new amazing Huayra.

OUR SPECIAL OPTIONS ON REQUEST: private guided tour of the Pagani Museum or/and of the Pagani Factory on exclusive (suggested for groups min. 10/12 people). 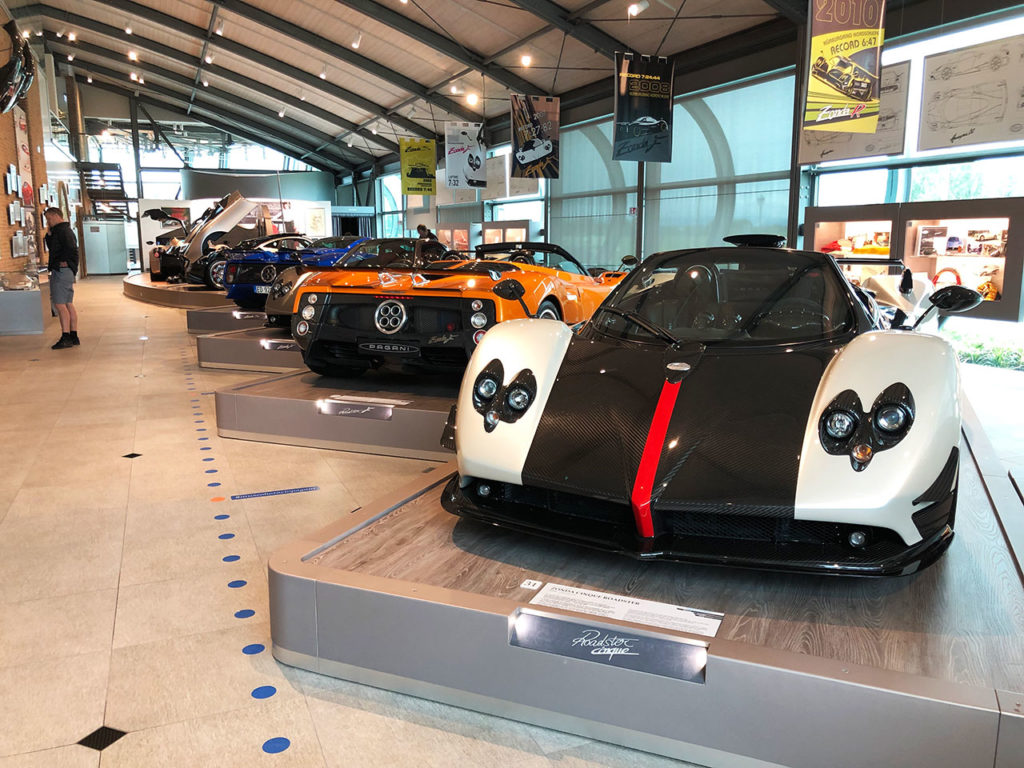 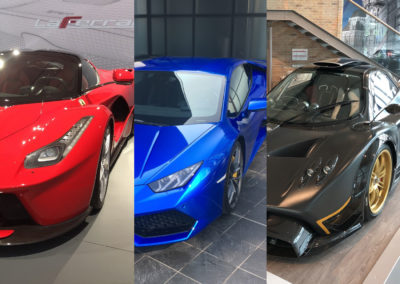 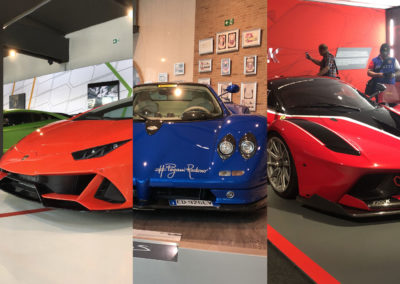 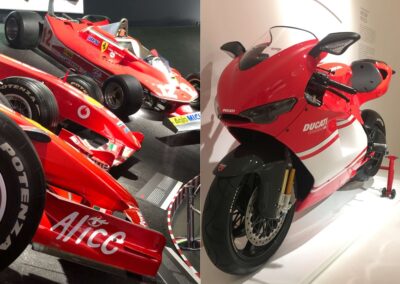